Too young to be a Mother 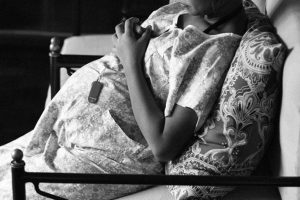 Sixteen year-old Vangie (not her real name) was an abandoned child who became a ward of several institutions. She does not remember her parents or having any siblings. At the age of 6, she ended up in Manila Boystown Complex in Marikina, an orphanage for homeless and abandoned children (boys and girls), teenagers and senior citizens. When Vangie first came to Nazareth Home, on her fourth month of pregnancy, she was defiant and refused to follow the household rules. She had difficulty getting along with the other pregnant girls at the Home.

She said growing up in institutions had been difficult and she had to be tough in order to protect herself. Her friends in Boystown were troublemakers and, one day, a few of them decided to sneak out. Vangie found herself out on the streets. She fell into bad company and became pregnant. She sought the help of DSWD and was brought to Nazareth Home where she stayed for six months. Her language was crude, she talked in a loud voice and rubbed people the wrong way. It took a while for her to adjust and for her fellow mothers in the Home to adjust to her. Gradually, Vangie learned that she had to change her ways, be more considerate of others and respect authority.

Five months later, Vangie gave birth to baby boy Anthony (not his real name) and was suddenly thrust into the world of motherhood. With a lot of patience from both herself and the other mothers in the Home, she slowly adjusted to caring for her baby. It is hard enough for a mature woman to nurture a baby, what more for a young, inexperienced girl. In the end, with no family support and no source of income, Vangie chose to have her baby adopted.

It has been a year since she left Nazareth Home. Vangie now has a job and has learned the value of hard work and discipline. She never wants to go back to her old way of life in the streets and hopes for a better life for herself. She is sad that her baby is not with her, but knows in her heart that he has a better chance for the future with a loving, stable and permanent family.